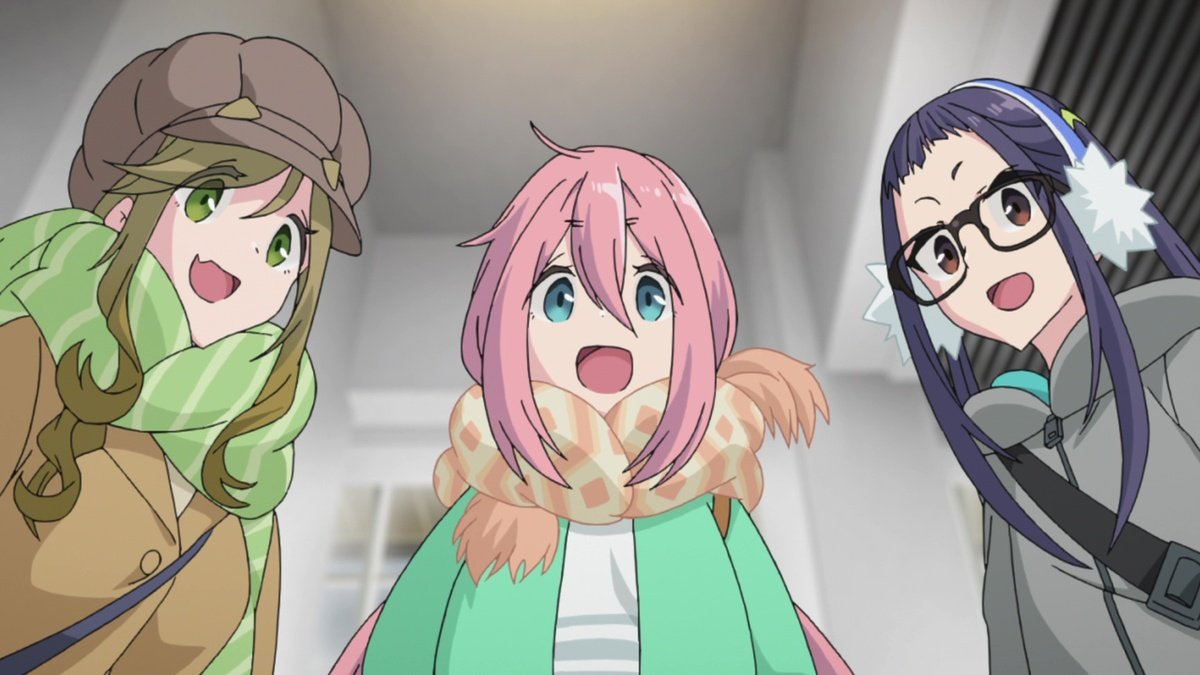 The short anime, “Room Camp”, or Heya Camp, originally began as a manga titled Laid-Back Camp. However, this anime is anything but ‘laid-back’.

Though this is a short series, with each episode averaging about three minutes, it is packed with ridiculous and often times confusing moments. The three protagonists are Nadeshiko Kagamihara, Rin Shima, and Chiaki Ogaki, who is the President of the Outdoor Activities Circle. It is the combination of their shenanigans and the silliness that comes with being a high school girl that makes this series so appealing. Where else will you find a high schooler warding off a boar with canned tuna? And amidst this craziness, the girls still take selfies and have ‘normal’ conversations, such as fighting over which is sweeter: peaches or grapes.

They embark on a stamp rally adventure at the end of the episode, and it is their genuine excitement and naïveté which makes viewers want to root for these girls and this club.