“Friendship, however, is a plant which cannot be forced. True friendship is no gourd, springing in a night and withering in a day. When first I saw Ellen I did not care for her; we were school fellows. In course of time we learned each other’s faults and good points. We were contrasts still we suited. Affection was first a germ, then a sapling, then a strong tree. Now, no new friend, however lofty or profound in intellect not even Miss Martineau herself could be to me what Ellen is: yet she is no more than a conscientious, observant, calm, well-bred Yorkshire girl. She is without romance.” — Charlotte Brontë describing her friendship with Ellen Nussey in a letter to Mr. Williams dated January 3, 1850. 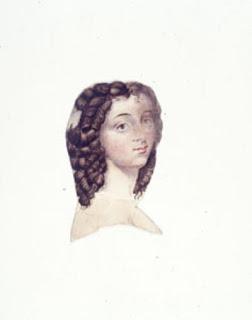 [Portrait of a young woman looking over her right shoulder towards the viewer: head held high; broad, open features, large almond-shaped brown eyes, high arched eyebrows, long nose, full highly colored pink cheeks and lips: glossy brown shoulder-length ringlets cover her head, part of a bow visible at back right; bare shoulders with a ribbon around neck. It is said to be a portrait of Ellen Nussey by Charlotte Brontë. This drawing was found amongst Ellen Nussey’s effects between May 18-19, 1898. It is now housed at the Brontë Parsonage Museum.]

Charlotte Brontë was born on the 21st of April in the year 1816 and her lifelong friend, Ellen Nussey was born one year later on the 20th of April. Has everyone else always seen that Ellen Nussey and Charlotte Brontë were born one day and one year apart? How have I never come to realize this fact before? On April 21, 1816 Maria Brontë née Branwell gave birth to Charlotte Brontë in Thornton in the West Riding of Yorkshire, England. Twelve months later, on 20 April 1817, Ellen Nussey née Wade (1771-1857) gave birth to Ellen Nussey also in West Riding of Yorkshire, England in a small house on Smithies Moore Lane. She was the youngest of twelve siblings. Her father, John Nussey, (1760-1826) was a cloth merchant of Birstall Smithies. Upon his death in 1826, her mother Ellen Wade Nussey moved her twelve children into their grand-uncle Richard Walker’s home called Rydings. Years later, Ellen Nussey’s old friend Charlotte Brontë would name a grand house ‘Thornfield’ in Jane Eyre. Rydings is believed to be used as the model for it. 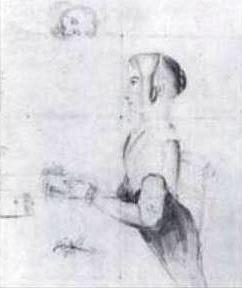 Ellen Nussey’s education was varied. For instance, at a young age she first attended a small local school before entering into Gomersal Moravian Ladies’ Academy. Finally, on 25 January 1831, Ellen Nussey walked into Margaret Wooler’s school at Roe Head. It was here a fourteen year old Ellen met fifteen year old Charlotte. In 1836, Ellen Wade moved her family to Brookroyd in Birstall into a much smaller house than Rydings. And so begins the lifelong friendship between two young girls from Yorkshire, England. 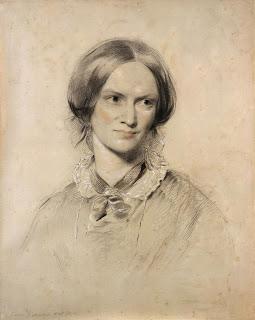 Ellen would often visit Charlotte at Haworth, and eventually she became fast friends with her sisters Emily and Anne. She even earned the approval of their father, Rev. Patrick Brontë. Ellen was always present or nearby during all of the Brontë sisters’ major life events, both good and bad. She would remain a good friend to the three sisters; but there was a special bond between her and Charlotte. Their friendship even survived Charlotte’s rejection of a marriage proposal from Ellen brother’s Henry. Now, that’s true friendship. Come on girls, don’t you fight sometimes? Go days or months without speaking because of a huge row? Apparently, their friendship survived all three sisters’ novel publications and lives as authors. It wasn’t until the engagement of Charlotte to her father’s curate, Arthur Bell Nicholls late in life that Ellen became jealous. She didn’t communicate with Charlotte for a while. It couldn’t have been very long because Ellen was one of the two witnesses when Charlotte married Nicholls at Haworth in June of 1854. She was also Charlotte’s only bridesmaid, so I guess they made up! When Charlotte died in March 1855, Ellen dedicated herself to preserving her friend’s memory.

Charlotte Brontë’s life was filled with family, hearth and home. She worked for a year teaching at her old school Roe Head. She left because she was unhappy and unfulfilled. She was also a governess briefly. Her time in Brussels as a student ended up in heartbreak for her while her sister Emily thrived. She never stayed at one place for very long. Her one constant was her writing, sitting at the rounded table in that tiny room at Haworth. Through every upheaval and happy event she used her feelings, experiences and the people she met in her novels: Jane Eyre 1847, Shirley 1849, Villette 1853, and The Professor 1857.

I can understand Charlotte’s restlessness, her yearning for adventure while still keeping people at bay; only cherishing those she knows and loves. I am much like that myself. One gets bored easily and seeks out fun and happy times; but then they have numerous interests and it becomes easy to get overwhelmed by the situations and people around you. Charlotte wanted romance but wouldn’t admit it. She had three proposals during her lifetime; but married quite late in life to a man her father did not care for and a proposal she initially rejected. Lucky for her, Rev. Arthur Bell Nicholls persisted. Briefly, Charlotte became Mrs. Nicholls and their time together was her happiest. Sadly, pregnancy did not work out for her and it contributed to her death in 1855. 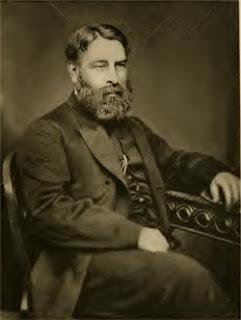 Charlotte Brontë, like her sisters and brother, left behind her own unique legacy. On the other side, however, you have spinster Ellen Nussey who came from the same place, same time, and a large enough family with demons of its own (although there is not much detail about her life aside from her friendship with Charlotte). But, she is remembered as being the keeper of the flame, as it were. She preserved her correspondence with Charlotte which thankfully provides us with quite a wonderful understanding of who Charlotte was as a friend. Through the Brontë family’s documentation, we know who she was as sister, teacher, governess; but only Ellen Nussey let us into her personal world so we could meet her friend of twenty four years (1831-1855).

“The life of Charlotte Brontë, viewed apart from her high gifts and genius as an authoress, was a very unsensational life; for the most part it was a life of domestic duty, self-sacrifice, fidelity to whatever she believed to be right, fortitude in suffering, and patient resignation under all inevitable trials. What is said of Charlotte may, with almost equal truth, be said of Emily and Anne; thugh they differed greatly in many points of character and disposition, they were each and all on common ground if a principle had to be maintained or a sham to be detected. They were all jealous of anything hollow or unreal. All were resolutely single-minded, eminently courageous, eminently simple in their habits, and eminently tender-hearted. / I could no longer refuse or delay to set about giving, as a tribute of justice to herself, a few more of her own words, the words of her heart and feelings, as they were elicited by the common accidents and incidents of daily life. The doing of this involves some sacrifice; but to shrink from possible annoyance or discomfort when duly called upon in defence of one we have loved, is indeed to be cowardly and craven-hearted, and unworthy of Charlotte Brontë’s faithful love and friendship.”  Ellen Nussey describing her friend Charlotte Brontë (and her sisters) in Scribner’s Monthly, May 1871.

Is this all Ellen Nussey has given us? I just find it a bit saddening that although she lived to the age of eighty years old; what do we know about this woman? If it were not for meeting Charlotte at school and the Brontë family connection, who would Ellen Nussey be? We might never have heard of her. Was she content being unmarried? Was she proposed to? Did it matter to her? You might think me foolish for pondering these questions; but I do wonder.

“On the morning of Friday, November 26, 1897 Miss Ellen Nussey passed away in her Yorkshire home. She was the life-long friend of Charlotte Brontë, and the chief, if not sole, personal link existing in connection with that gifted family. Lady Morrison and Ellen Nussey were close friends for more than ten years…In person Ellen Nussey was not striking, but she was sprightly, attractive coquettish, no doubt, in her younger days and intelligent; her manners charming; every word and gesture bearing emphatically the stamp of truth; while her voice, mellowed and modulated to a peculiarly gentle cadence, was exceedingly pleasant to hear. I have often sat beside her, and heard with unfeigned interest her sparkling talk about the Brontë family; have heard her relate incidents and anecdotes in the lives of the sisters, which seemed to me better than any information to be gathered from books. Miss Nussey told me that she considered Branwell, the brother, the cleverest, and most talented of the whole family, and, but for his misused powers, he could, had he chosen, have outstripped his sisters in literature. Many of the incidents which she related go far to prove that Charlotte Brontë was keenly alive to humor, her life, she was at all times open to, and rejoiced in, its gaiety and sunshine. That Ellen Nussey is the prototype of ‘Caroline Helstone’ in Shirley cannot for a moment be doubted. It may be remembered that in one part of the book Caroline was described as wearing a brown dress with a pink bow. When I inquired of Miss Nussey if this also was taken from herself, she said that she was wearing that particular kind of attire at the time Shirley was written. It is to Ellen Nussey that the public is, and will ever be, indebted for authentic information with regard to the Brontë family. But for her, no history of these remarkable people could have gone forth to the world in a truthful and reliable form.” — The Bookman, Volume VI, September, 1897-February 1898 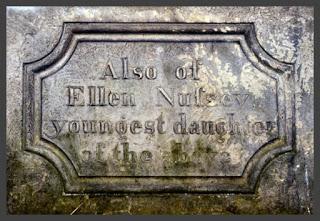 Kimberly Eve is a writer, blogger, researcher, and independent scholar of Alfred Tennyson and his family, The Freshwater Circle including photographer, Julia Margaret Cameron. She lives in New York City where she writes articles about the poets and writers of the nineteenth century that can be found on her blog site, Victorian Musings https://kimberlyevemusings.blogspot.com/?m=1.