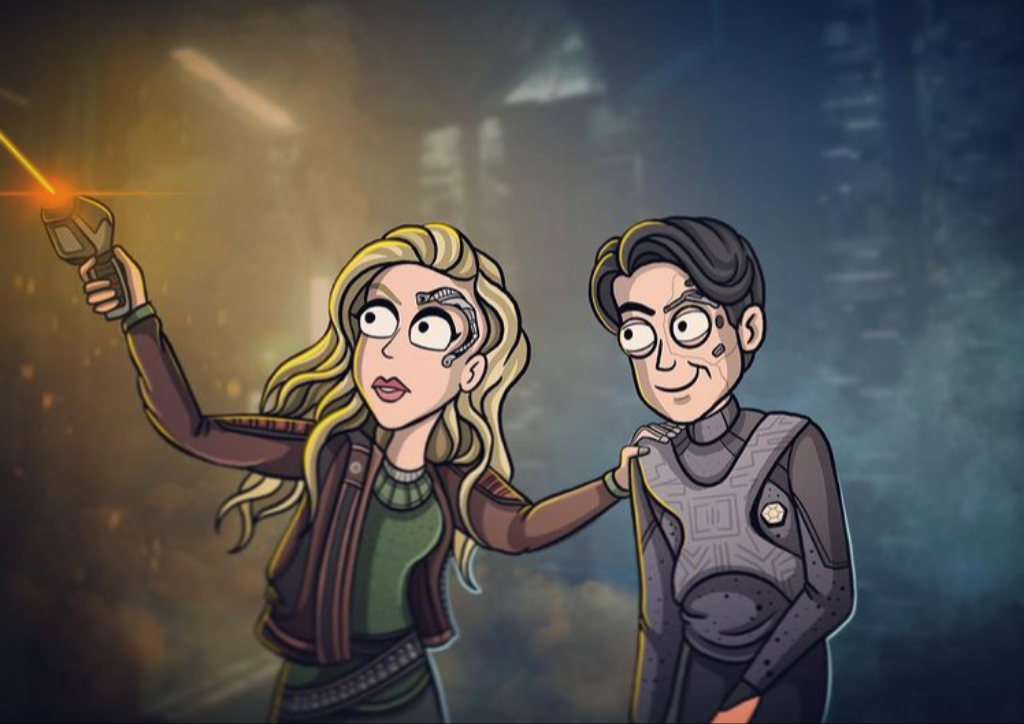 There is so much amazing Star Trek art out there in the fandom. All you have to do is go to Twitter and search #StarTrekFanArt and you can scroll for days. Amidst all the wonderful drawings and paintings and digital art you’ll find when engaging in that search, you’re likely to run across the art of Chris Mitchell and CRM Comics. When I first saw his Star Trek fanart it jumped out at me from all the rest. Not that all the rest weren’t really good. But for some reason I instantly loved Mitchell’s illustrations.

I’m not going to describe them, because you can see examples for yourself throughout this article. I would rather let his work speak for itself as well. But either way, I knew I had to get his art into the Unimatrix Zero column. So I got in touch with him, and ended up commissioning a number of pieces to use as the header images for this column and its three main sections.

I was so pleased with the result that I recently got in touch with him again to commission a few more pieces. I just received this new round of images back, and I’m really excited to use them as cover and story art for the Captain Nog and Intrepid Traveler fanfiction series I’ve been publishing with Headcanon Magazine here in The Holosuite section of this column.

In a very real sense then, Mitchell is sort of the unofficial artist of the Unimatrix Zero column, at least in the sense that all the official art for the column was drawn by him. It makes perfect sense then that he is the first subject in our series highlighting Star Trek fan art and artists.

Mitchell has spent a lot of his time during the pandemic developing his own graphic novel, Star Trek: Voyager Sins of the Mother, the first chapter of which was released this past spring. While he doesn’t necessarily have any plans for a follow up story or to turn the comic into a larger series, it is beautifully illustrated, artfully written, and is well worth the time to read for any Star Trek fan.

When the first part of his Voyager comic was released, Mitchell talked with trekcentral.net about the miniseries, about himself and his lifelong connection to Star Trek, and his thoughts on the new run of Star Trek shows.